What is Dental Caries?

Dental caries is hard tissue damage, which begins with the destruction of enamel. If you do not take any measures and do not carry out prevention, the carious process spreads deeper. Caries process forms various complications. In an adverse course, tooth loss takes place.

The cause of dental caries is the destructive effect of bacteria on the hard tissues of the tooth. A large number of various microorganisms live in a person’s mouth; within 2–4 hours after thorough brushing, their number can reach up to 1 million. They actively attach to the surface and act on enamel, which causes dental caries. The main cause of caries are streptococci – Streptococcus mutans and Streptococcus sanguis. Moreover, the activity and harmfulness of bacteria largely depends on the body’s resistance and the presence of predisposing factors. 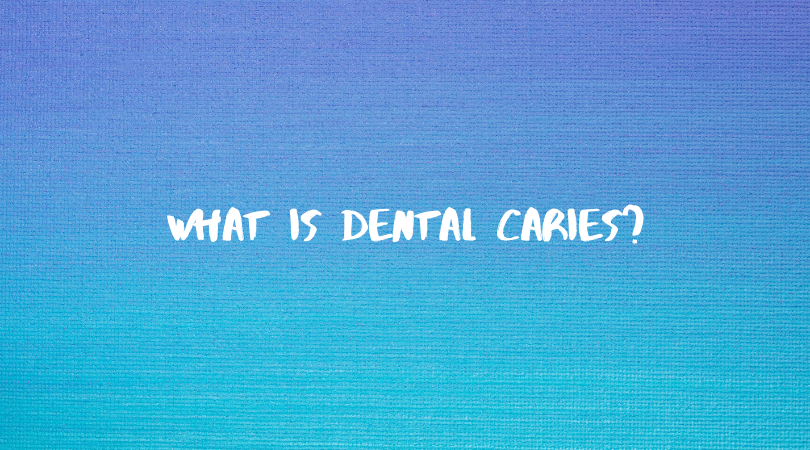 The fastest growth of bacteria occurs in a favorable environment for them, which is formed under different conditions. These include:

How to identify dental caries?

In some cases, a person himself may suggest the presence of caries, based on a change in the appearance of the teeth or the appearance of some symptoms. But for a reliable diagnosis of the disease, you need to consult a dentist, since some examinations allow you to determine caries. For this, 3 main methods are used:

Enamel staining allows you to determine the initial stages of caries, for this a special dye is applied to the previously cleaned and dried tooth surface. The areas of enamel damage do not change color. If such violations are detected, the doctor may prescribe a remineralization course to restore the structure of superficial tissues. Such an examination may be useful in routine examinations for the prevention and early detection of caries.

The x-ray method does not require special training and allows you to determine the degree of destruction and the condition of adjacent tissues.

Depending on the lesion depth, 3 stages are distinguished:

The rate of tooth destruction can be different. In adults, the process most often has a chronic character. Children often suffer from acute caries, which causes rapid decay of milk teeth.

Why caries is dangerous if left untreated?

Lack of attention to the teeth condition leads to the progression of caries, which creates a risk of various complications. This occurs when the infectious-inflammatory process spreads beyond the boundaries of hard tissues.

Inflammation of the soft tissues of the tooth (inner neurovascular bundle) is called pulpitis. It is accompanied by severe pain. In the absence of adequate treatment, the inflammation takes a purulent character, the pulp dies, the tooth tissue ceases to receive nutrition from the inside.

The spread of infection through the channels inside the tooth causes inflammation of adjacent tissues called periodontal. If the process is diffuse, dentists speak of periodontitis. With the formation of a purulent cavity at the roots, a diagnosis of periodontal abscess is established.

With periodontitis, bone destruction can occur with the growth of granulations and the formation of a cavity among them. Subsequently, there arises a radicular (located at the root) cyst of the jaw. It is most often filled with pus. If this condition is detected, the doctor performs a puncture and, if necessary, removes a cyst.

Severe swelling of the gums and / or cheeks is called flux. The cause of this condition is the spread of inflammation to the periosteum, which covers the bones outside. Periostitis develops with a detachment of the periosteum, the resulting space is filled with pus. During treatment, pus must be evacuated through an incision and the inflammation can be eliminated with antibiotics. If a decision is made about the preservation of a tooth affected by caries, a full treatment of pulpitis and periodontitis should be carried out. This is the prevention of re-flux.